New Covers and Update to TOC for Books on Amazon

Happy Friday – this is a quick note.

I heard through the FB grapevine that Amazon may be considering taking down eBooks that had the table of contents in the back book matter (which I did). So to be proactive I reformatted the TOC, and now it will be in the front matter. Find out more from David Gaughran in his post here.

In my opinion, it looks ugly this way, but whatever Amazon wants I’m happy to comply if they continue to distribute my books. I thank David for the heads up, as usual. Let’s hope it’s no big deal, but better to be in the know.

I wanted to show you my new covers for

I took the opportunity to also update the covers. What do you think?

I have the third book of the serial Curses & Secrets in the editors hands.

I am really excited about Seeking Redemption. I think it’s about time we hear Robert’s voice. Can such a bad guy really attain redemption? Hmm – you’ll have to read it to find out. It will be released later this year, promise.

I’m happy to be working with a new editor for this book – Richard Thomas. He’s not only a great writer and editor, but he’s just finished a Kickstarter and soon he’ll be launching a new online magazine.

It’s not too late to get your subscription. 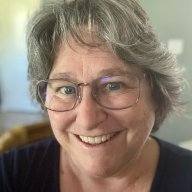 About the Author Elisabeth Zguta

This site uses Akismet to reduce spam. Learn how your comment data is processed.

Author of supernatural suspense thriller novels using history & legends to connect the past with the present.

Amazon savings! Thanks for using affiliate links, they help support this site.